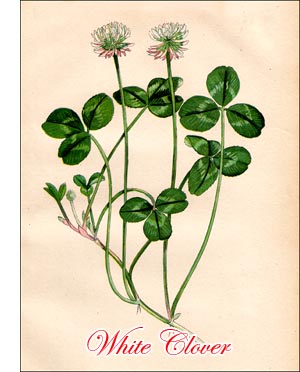 In reasonably moist seasons the production of White Clover for seed is quite a profitable business, as the price is higher than that of other clover seeds. In case of prolonged drought the crop is light. The average yield is four or five bushels per acre.

When grown for seed, it is generally grazed down during the spring; sometimes it is cut for hay early in the season to encourage the production of heads. As the plants continue to blossom for a long time, the ripening is somewhat uneven. The seed crop should be cut when most of the heads have turned a dark brown and should be handled with the greatest care.

The seed of White Clover is yellowish red in general appearance; any sample consists of a mixture of red and yellow seeds. It is generally assumed that good seed is bright yellow and that the red seeds are old and of a low germination. Tests made with yellow and red seeds picked out of commercial samples have shown, however, that there is no essential difference in the germination, provided the latter are plump and otherwise normally developed. The legal weight is sixty pounds per bushel.