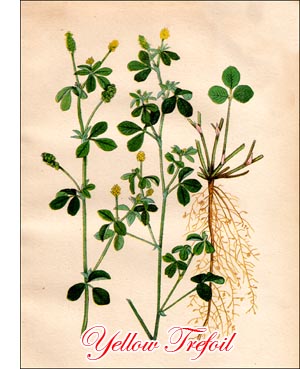 The seed of Trefoil is relatively cheap and it is therefore sometimes used to adulterate Red Clover. It is often found in commercial samples of Red Clover, Alsike or Alfalfa. Its colour is like that of Alfalfa seed, with which it is sometimes confused, Black Medick seeds are thicker and shorter, being egg-shaped while Alfalfa seed is kidney-shaped or sometimes irregularly angled.
The seed weighs sixty pounds per bushel.